It's been almost three months. I can't believe it. When I thought about making this trip, I thought "Two months, tops." And I didn't really believe I'd be able to keep it going that long. And now, what the hell? I'm already thinking about carrying this through until July or even August, so I can take some quiet time to write, compile what I've experienced so far. What's funny is that Springfield and Columbia were supposed to be more along the lines of "rest s 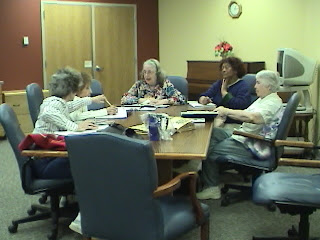 tops;" places where I could re-energize, pull some things together. But, pleasantly, it hasn't worked out that way.

Northview Center - Part 2 - Two good days. The unexpected kind. No big luncheons but ... I did bump into a few people I'd met the other day at the volunteer's gathering. One woman, Virginia, is a former school teacher who now runs Northview's writing class. She was interested in participating in the project and invited me to sit in on her class as well, perhaps meet a few more people along the way.

It was a treat to watch Virginia's class at work as they discussed their current project about a historic Springfield school. Virginia came up with the book idea but she’s assembled a formidable t 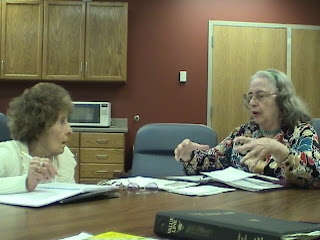 eam to help her put it together. One surprise was the way Virginia ended the class. Each week she presents the students with a series of puzzles and word games which they work on during the week and then return, sharing their answers. "The teacher before me used to say, 'I don't want any of my students getting Altzheimer's. So I work 'em hard!"

In addition, Virginia gives the class various writing exercises. One I loved, in particular, is where the class is shown a picture and then each person writes a story about what they see. "Each person has their own interpretation," one of the students, Ophelia, explained. "We all come 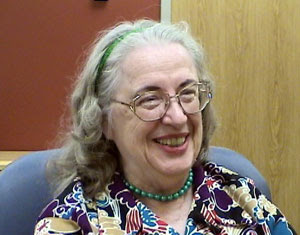 up with something different. It's amazing," she added.

After class, I spent about an hour with the teacher herself and she was able to tell me more about the school project. It's obvious Virginia still loves the teaching process and she especially enjoyed telling me about one of her very special former students, Senator Bill Bradley.

It's Karaoke Time - No, not really. But if I'd had more time, I would've stayed an extra day or t 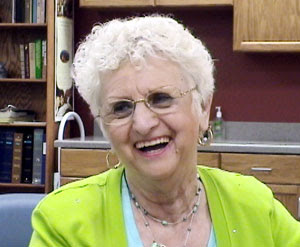 wo just to check out this lady at the neighborhood Karaoke place. Her given name is Dorothy, but everyone around the Northview Center knows her as "Dottie." And as soon as she walked into the game room for our visit, the room seemed to brighten up. Of course, her bright yellow blouse didn't hurt the cause.

Dottie is one of those types of people you just feel good being around and as soon as I met her at the front desk, I knew I wanted to intervi 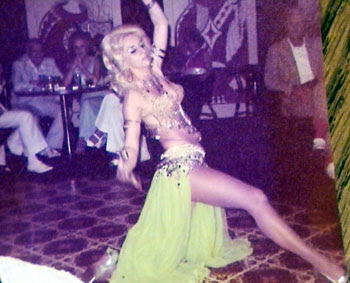 ew. In her 70's now, Dottie's been busy over the past few years taking care of her ailing sister. But I can tell she's determined to take time to have fun and singing is now one of her passions; she talked about it a lot. A performing artist (dancer) since she was a child, Dottie created and then managed several well-known dance studios in the Chicago area for many years. As we sat and chatted, she 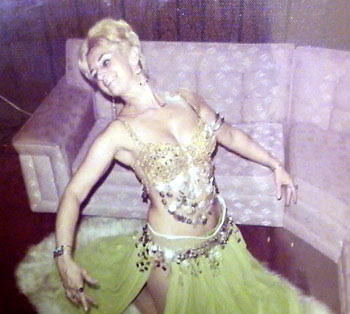 loved telling me stories about her dancing and, when she pulled out a small photo album ... well ... I was floored.

"None of these are naked, are they?" I smiled, covering my eyes. I'll be arrested."

We both laughed hard as Dottie showed me a bunch of her old photos. It was fun to watch her as she told me about how she started the first studio in a small space in her home. "A few neighborhood kids wanted to take lessons and it grew from there," she explained. "And I loved teaching the children so much, giving them confidence."
Posted by H.J. Getzov at 10:40 PM