The Old Man and the Sea

Rediscovering the Morning Walk - It's just over a year now that I moved to Vero Beach, FL. When I first arrived, I practiced a simple morning ritual that consisted of rolling out of bed, stepping into some sandals and immediately

heading out to the beach for a long walk to watch the sun rise. Oh yes, I actually put on a pair of shorts and a shirt, too, so I wouldn't offend anyone. I did this every day and, at the time, I couldn't believe that I was actually living in a place so fantastic and beautiful. I'd been on vacations at the beach many times, but those trips always ended and I, of course, was always forced to return to "real life" - not this make-believe version.

As it happens, as the days, weeks and months unfolded, I started to head to the beach more intermittently. For example, when Irene was recently kicking it up just to the east of Vero, I wanted to check things out - see the sea's personality. It was awesome, (see the pic to the right, below.) Then, perhaps once or twice a week, I've made sure to carve out some time to take a walk - sometimes just stopping the car by the boardwalk, walking up to the edge to observe the waves for a moment, taking in whatever message I need at that 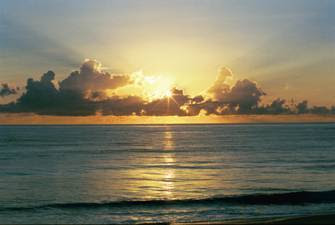 time (probably something having to do with abundance, because that's what I feel whenever I look out over the ocean) and then be on my way.

Well, I am now pleased to report that the past few mornings I have reverted back to the daily morning walk routine and I have not been disappointed. A few days ago, for example, I saw the ocean in a way I hadn't seen it since I first arrived. This was the "brochure" setting - the picture-perfect beach scene that local magazine photographers drool over when they're putting together an annual publication. I'm talking virtually no seaweed whatsoever. You could have taken a white glove to the sand and you wouldn't have picked up a speck of dirt, as ridiculous as that sounds considering how the entire beach is covered in a form of dirt - that's how clean everything looked. The photo below might give you a taste of what I'm talking about here, but it's 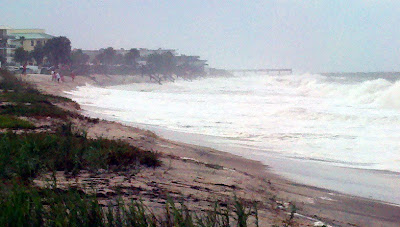 challenging to show you in a blog entry. Add to that, the waves - I can't really explain what was going on. It was a perfect mixture of serenity and incredible power. While the Atlantic looked tranquil and beautiful, at the same time there were these very large rolling type of waves - the kind that started far out at sea and then unfolded with great thuds onto the shoreline. And I'm telling you, these waves were big - the boogie boarders and surfers were out there, grabbing the chance to have a go at them. Several times while I was walking - not wanting to swim - I was careful to walk along the water's edge as the globs of greenish-white foam folded and then melted into the sand at my feet. The sound . . . well . . . it was the kind of sound you hear on those relaxation tapes; the perfect mix of water, breeze, splashing, birds. I know this may sound a bit corny and I can't really 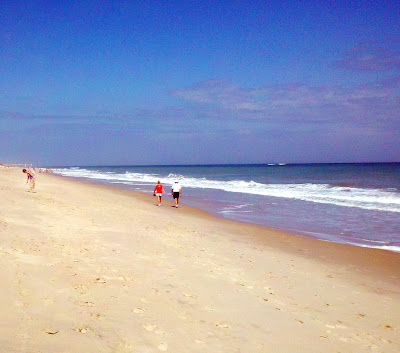 translate what it felt, looked or sounded like. But I'm trying over here. :-)

The Old Man and the Sea - I decided to end this particular morning adventure by walking up to a public park where I knew there was a sprinkler/faucet to wash off the sand. As I approached the sprinkler area, there was an older man sitting on a bench - he was putting on his socks and shoes. The man was wearing only a bathing suit which was wet so I quickly cobbled together his story in my head. Oh, yes, I said he was older. My guess? At the risk of insulting this stranger, I'd say he had to be in his 90's . . . at least. My impression: "Here was a man who has lived at the beach for many years now. Perhaps he's retired from work in a city up north, but he's been here for many years at this point. And during these many years, this gentleman has walked the beach and gone swimming - every single day of his life. His body had "routine" written all over it. There's no doubt 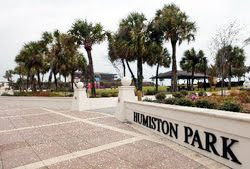 about it, his body was aged. Duh. That's what happens when you live that many years. But it must be noted here that his body also looked strikingly strong and toned. It was impressive.

As I sat down to put on my sneakers, the man was getting up and we exchanged smiles and "good mornings." That was that.

Then, just as I was about to leave and head in the opposite direction, I glanced down and noticed that the man had left his keys on the wooden bench. I shouted after him and, at first, he didn't hear me. A young woman passing by him, tapped his arm and pointed to where I was sitting. I was holding up his keys.

He turned, smiled and walked back toward me and I could see that he was chuckling to himself. 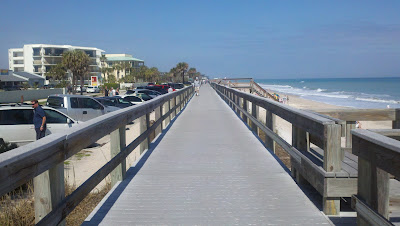 And that really was that.

I will add only this: There are some times when something as simple as a quick exchange - a smile and a tap on the shoulder - can serve as the perfect kick-start to another day of life. That was the case the other morning.

In terms of the older gentleman swimmer? There is more work to be done on that front; there is something unfinished about this story, I can feel it. I don't know why I say this, but it's my strong hunch that I will be meeting this man again some day. Then I can substitute my imagined story for the real deal. I give it a 95% chance that you'll be reading about it here some day down the road.
Posted by H.J. Getzov at 4:31 PM No comments: 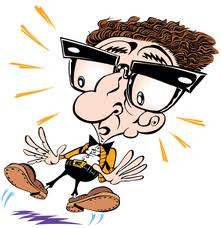 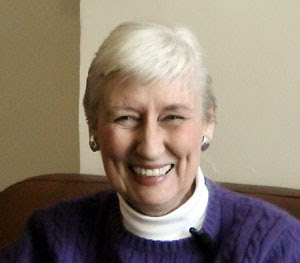