I noticed it the very first day I entered the Country Club Plaza area. After a great brunch at the Classic Cup Cafe, (wonderful outdoor cafe, good food), Aliya drove us around, showing me different 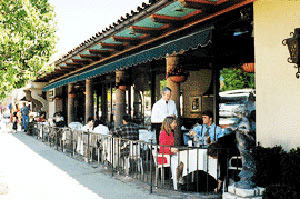 It's one of those little things I noticed in passing while staring out the window, taking in the neighborhoods as Aliya continued her tour. I loved what I was seeing - museums, parks, outdoor markets, more museums, coffeehouses, more funky little neighborhoods - then we were back in the Plaza area, driving down "Ward Parkway."

Do you see it?

If you do, then great minds (or strange ones) think alike. But if you didn’t, I’ll now fill you in on the unusual musings of the HJ Getzov mind.

Ring a bell yet?

“Leave It To Beaver” 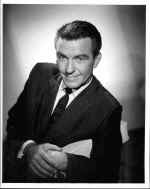 Okay, so when I noticed that these two streets were running parallel to one another (and the funny thing is, I live on Ward Parkway now!!), Hugh Beaumont’s face popped into my head. It’s interesting how two words like that can instantly bring back such a memory. Of course, it’s because I loved that show so much as a kid. Especially on those days when I’d be home from school, Mom bringing me tea, toast and jelly or Campbell’s soup, laying in bed watching the Beav, Walley, Whitey, Gilbert, Lumpy, Eddie Haskell and - remember Larry Mundelo? Incredible how easily I can rattle those names off that way. Incredible? Or a little off, perhaps? 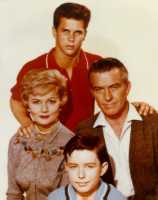 But here’s the kicker. Yesterday, I called down to the front lobby to tell Lynn (the very nice woman who signed me up at Casa Loma) that there were a couple of things needing fixing in my apartment. Small things.

“They haven’t been up there yet” she asked.

And at that, within three minutes there was a knock at my door. I was on the phone but managed to get the door open where I was greeted by the super (across the way). Nice guy. I smiled and pointed to the four-foot shower curtain rod supposed to span the five-foot space. (the spring was broken). Within five minutes, the super returned and I introduced myself, asking his name, figuring he'd be a good guy to know while I'm living in 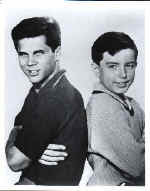 Kansas City. I shook his hand.

I smiled ... Actually, I started to laugh when he said it and can only hope he understands I wasn't laughing at him. My head was still locked in Ward Cleaver mode.

I don’t know. I just thought the timing of it all was pretty funny. I’m not saying the universe was trying to tell me something but ...

Let’s see what the next few days bring. Perhaps a Rutherford or Rayburn Street? Or maybe I'll meet a nice young woman named June at the Bikram studio? Actually, someone who looks like Miss Landers would do just fine. Remember her?
Posted by H.J. Getzov at 11:23 PM

I just enjoyed hearing you on the Walt Bodine show. I thought while you are in MO you might like checking out Halkaline Bergsten in Plattsburg,MO. She is well over 100 years old and still active. Her son C.Fred Bergsten is a well-known economist in Washington,D.C.
Her phone is (816)539-3283 and her
address is 205 Clay Ave. Plattsburg,Mo.This is about 45 miles northeast of KC.Thanks so much for this project.
Mary Kay Anderson, Trimble, MO

Thanks for the comment, Mary Kay. And I'll certainly reach out to Halkaline over the next few days. I wanted to write back to you, too, but apparently can't do that via this method. Please feel free to email me at my direct address: harry@eldercation.com. Hopefully, we can chat at some point down the road.