I’m leaving Oklahoma. I’ve been here 2 ½ weeks and you know what? It's like I got here yesterday. It’s amazing how much I’m squeezing into two week stints and it’s just as amazing how fast the time seems to be rolling. Interestingly, that’s something I keep hearing from the seniors I’m meeting. They keep telling me how fast the time goes and how it speeds up as years roll on. Don't you ever think about that? I suppose this feeling is 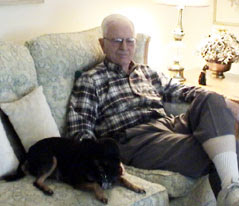 now being confirmed by people who have a much larger memory repertoire than I have.

Chuck Carrel, 82, is one of the first people I met on this trip. He lives in Dallas, Texas with his wife Anne. Great people. At one point, Chuck leaned back in the couch, petting their dog, "Snickers," and told a story that made me smile. He remembered - quite vividly I might add - a particular corner of the porch on the house he grew up in.

"And I'd lie down on the corner of that porch and play with a section of, I guess it was a wooden banister, next to the stairs coming off the porch, you know." He told me how he used to think and dream of the day he’d be old enough to become a boy scout. "I think you had to be twelve to become a scout," he explained. “And..." he started laughing, "...if it didn’t feel like it was taking 50 years, Harry,” Anne laughed with us. As Chuck told the story, he stared off to the window; you could tell he was picturing the entire scene as he talked. I loved watching 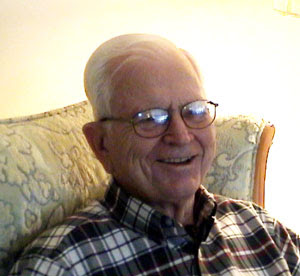 him. "I wanted to be a boyscout so bad and I would poke and pick at that banister, waiting for that day to come and it felt like it would never come.”

"Now,” he laughs. I start my taxes for a given year… Anne calls me for lunch. And when I go back to the taxes, I realize it’s the next years’ taxes I’m working on!”

The speed of it all. I’m sure someone has done some kind of study about a human being’s perception of time as they age. I just know what I’m feeling and I know it feels like things are moving faster. As I packed up the room today, I remembered exactly what I was doing almost three weeks ago. Still, I checked the dates on my blog this morning. And then I looked at the pile of miniDV tapes in my video bag. Something happened over the last three weeks, that's for sure. And I used to have a bad back and now that’s gone, thanks to my time at Core Yoga and Tina’s watchful eye. I took a trip up to Guthrie and then to The Cattlemen’s for lunch with Kathy Jo and to The National Weather Center and University of Oklahoma with Billie. Yes. Something definitely happened in Oklahoma.

Seamless - “The Tar Heels are gonna remember this.” That’s what I said to my friend on the phone. With eight-plus minutes 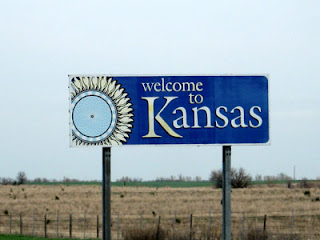 to play and North Carolina up on Georgetown by 8, three straight times down court, the Tar Heels had thrown up long three point clunkers instead of pounding the ball inside as they’d been doing up until that point. It always mystifies me how a team does that. How they stop doing the very thing that proved successful up to that very special implosion point. Then again, I suppose individuals do the same thing. Anyway, for those who saw the game, you know what happened. NC panicked when they tried to shift gears, and they never recovered. Fascinating how a game’s tone can shift on a dime like that, huh?

As I watched the game, sitting on the couch, sipping a tea, I glanced around the room. It looked different. Then I smiled. The fact was, the room was different. It was in Wichita, Kansas. This morning, my room was in Oklahoma City.

The drive up already a memory, I took another sip of tea and thought about the seamlessness of my transitions to new cities. To new states and cultures. Once again, 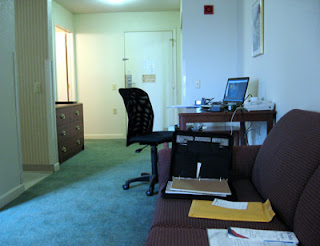 ExtendedStay Deluxe has everything to do with this ease of transition. Robert Green had put me in touch with Valerie Guerke the Regional Director of Operations up here in Wichita and without flinching, Valerie put things together for me. So it was easy to walk in the door, sign some paperwork and then enter one of the nicest suites I've seen yet. The layout here is … well … once again, I only wish I had a place like this when I lived in New York! It’s that nice. And huge. You can't tell from these small shapshots, but the suite is extremely roomy and quiet, which helps a lot, let me tell you. Within ten minutes my stuff was out of the car, up to the room and into the closets and drawers. I even set up my cameras to do some video capture – I’m pretty far behind after a very successful run in Texas and Oklahoma, so it's time to hunker down again. And, having cleaned up my eating habits and stretching out my system in OKC, in the morning I’m planning a trip to a health food store I found on the web in Wichita to stock up on “real” food. I don’t know if this is the case or not, but I’m about 80% sure the fast-food, processed approach to eating went a long way in kicking my lower back's ass (no pun intended) over the past few weeks. Oh, don’t worry, Charles and my other “eating adventure” fans. I’ll have my special weak moments. But I will choose those moments wisely to be sure. Once I scope out the area’s culinary 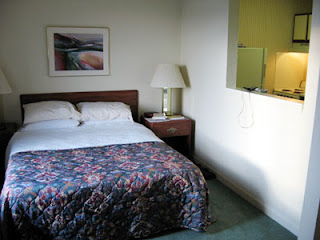 specialties, I will most certainly lock into them and head right over.

In the meantime, I'm looking at a full kitchen just five feet away from me - every ExtendedStay Deluxe room comes with a full oven/stove, microwave, dishwasher and large refrigerator. (That's the kitchen through the opening on the right there. It's convenient if someone wants to pass food to me during the night). There are simply no fast-food excuses allowed any more. From now on, it’s going to be muesli, soy milk and fresh squeezed orange juice with a doses of yoga in between. That’s the only way I can survive this trip without my old lower back friend coming back for a repeat performance.

Hitting The Ground... - Just a quick note. Last week, I did my advance work, I guess you'd call it. You know, milling around the web, researching possible contacts in a given area to see who I can contact to meet interesting and outspoken seniors. I traded emails and spoke briefly with a young woman named Misty Miller, the Activity Director at Sedgwick Plaza in Wichita, another of the Captital Senior Living properties. As soon as I spoke with Misty... Actually, as soon as I read her very first email, I knew she "got it." So I was really looking forward to meeting her when I arrived in Kansas. We decided it would be best for me to call her on my drive up from Oklahoma, which I did earlier today. After the NCAA games, I figured I'd put in one more call to see if I could set something up with her for Monday morning. When I got Misty on the phone and I mentioned where my hotel was, she laughed. "My house is like two blocks from you." And the next think I knew I was sitting in a Starbucks around the corner, sipping a tall iced black tea with my newest Eldercation friend, Misty Miller.

After about an hour, we set up a plan. I enjoyed watching Misty jot down notes every time she thought of a resident who she thought would be a great participant. She was doing the exact same thing Liz would do. Activity directors are special people in that they really do know each and every residents' story, their unique personalities. So I could see Misty's hard drive clicking away right in front of me. It was like I had pressed the "Search Folders" button on my laptop and ... she was off and running.

"How many do you want?" she asked. I laughed, telling her it'd be best to start small with one, maybe two great interviews. "After that? It's got a life of its own," I told her.

And with that, it was back to my room. My Wichita, Kansas room. I checked the phone to confirm the state.
Posted by H.J. Getzov at 8:40 PM