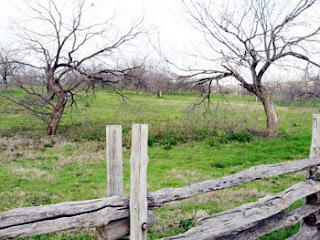 walked out the door and up the street for morning 'Verizon walk,' as I now like to refer to it. I have to remember to always keep that still camera on hand, since there have been one or two times already when I wished I'd had it handy and didn't.

Human Being Sighted - I'm not sure you saw it, but I mentioned in yesterday's post about my debut park walk, that things wouldn't be the same when I returned the next day - a workday - figuring all the large, long, buildings would then be packed with phone people. Well guess what? I 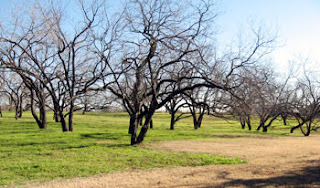 couldn't believe it but there was no difference at all. What's up with that?

It's interesting to me that as I walk around this beautiful park and see no evidence of human life ... Correction. I saw a few landscaping guys in the distance, mowing the lawns and cutting back shrubs. But, that was it. Of course, I know there are people in there somewhere. I know this because there are two very large underground garages and I saw lots of people driving their cars into them today heading into work. But you certainly wouldn't know there was any kind intra-building activity this morning. Strange, to me.

I decided to take a different path and went to the right instead of the left, giving me a 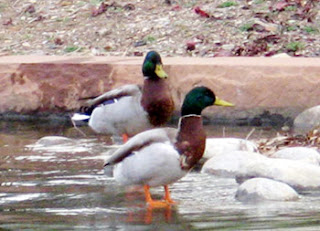 chance to see the other side of the waterfall, paying a visit to two ducks bathing in a brook. Then I walked around to the side of one of the buildings, using a path so I wasn't snooping. "What was that?" Something moved. I turned my head to the left and peered into one of the windows. I needed to squint since the sun was in my eyes and there was a major reflection on the glass but, I saw something. And then it happened again. Movement. Yes, it was unmistakable. It was a woman. A Verizon woman. 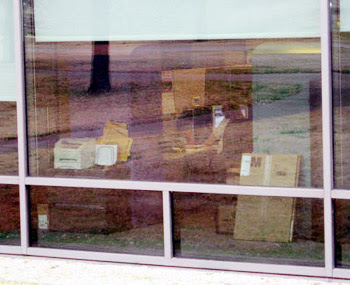 She was sitting at a cubicle, her back to the window and it looked like she was working on the computer. At one point, she must have noticed my movement because she turned around quickly, looked out, then immediately turned and went back to what she was doing. Feeling a bit like a peeping Tom at that point, I walked up the pathway, snapped a few more photos and was curious if I could find more signs of life in the windows of this particular long two-story black building. The tinting made it hard to see but I was definitely able to make out some lights, desks, but ... where were all the people? "They must be in there some place. I saw them in their cars," I thought. I swear it was like a Rod Serling Twilight Zone episode. Like a bomb hit and, whooosh, everyone was gone. (Anyone remember Henry Bemis? A great Burgess Meredith TZ story).

Anyway, risking prosecution, I went back and snapped the above photo as fast as I could, which I don't think invaded anyone's privacy since you can hardly even make out a person. I knew I wanted this shot because, to me, it represented something poignant. Lonely. A worker in a cubicle. Embedded in these gorgeous surroundings ... with the ducks. You make what you want of it. I had my thoughts but I'm too tired to editorialize right now.
Posted by H.J. Getzov at 8:22 PM