My first trip down to the River Market was during my orientation tour with Aliya back in June. 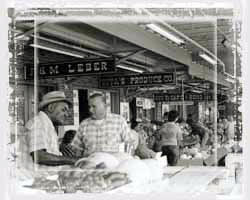 The area immediately pulled me in, reminding me of Boston's Faniuel Hall where I worked for five years during college selling prints of Boston for a talented artist, Helen McDermott. I was crazy about that job and would love to find out where Helen is these days. My dream is that people like her will stumble into this site one day... think "Oh, my God, that's Harry!!" ... then shoot off an email to say hello. I look forward to those kinds of reunions.

Anyway, with Heather coming to town, I knew I wanted to show her KC's River Market 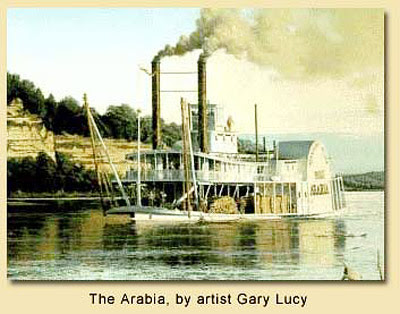 and figured it would be a good idea to ask folks at work more about the area. A few people, including my boss, Karen, mentioned a river boat tour, which I didn't remember seeing during my first visit. But, sure enough, as soon as Heather and I walked through the market's main doorway, there it was: The "Arabia" Steamboat Museum. 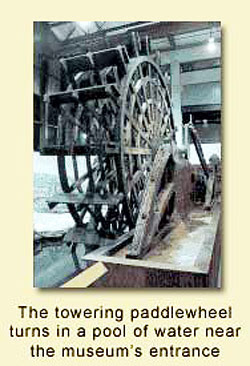 “People don’t just go one time,” someone told me at work. “They're always going back to see more.”

“What kind of place is this?” I thought. "We're not talking "The Louvre."

Well … of course it's not The Louvre. But, I have to tell you. It is, indeed, pretty fantastic and I'm not exaggerating. The museum and tour is built around the history and excavation of an old river boat, The Arabia, which sank in the Missouri River in 1856 after hitting a snag, (a piece of drift wood lurking in the muddy river bed). 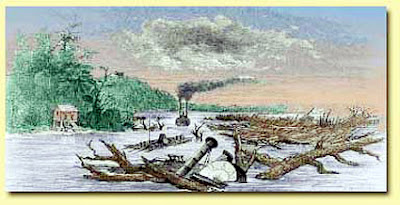 Apparently, a snag is the river equivalent of the Northern oceans' icebergs. The museum had the actual snag on display and, when I saw it, I was immediately reminded about the demon berg that brought down the unsinkable Titanic. Steamships routinely carried precious cargo along the rivers, the 19th century equivalent of today's trailer trucks racing up and down our superhighways. So when the Arabia 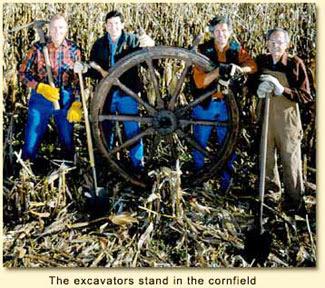 went down, it was loaded with "literally tons of all kinds of goods of the day. Hats, shoes, jewelry, guns, liquor, pickles, all kinds of china, glasses - anything you can think of." Heather and I were both astonished at the sheer quantity of goods on display behind the glass dividers. And it's an ongoing enterprise. When you take the tour you see and speak with actual archaeologists, cleaning and preserving newly uncovered artifacts.

As good as the tour was itself, the afternoon's highlight came immediately after they showed a short video about the boat and the history of the excavation. Just as the video ended. a man entered the room from the back. Harland "Bob" Hawley, is one of the original excavators and co-director of the museum. (Feel free to check out the story of The Arabia's re-discovery at this link) As soon as Bob walked past me and down the aisle to speak with the crowd, he grabbed my and everyone else's attention.

“It’s probably one of the single most unintelligent things I’d ever done in my life,” he smiled 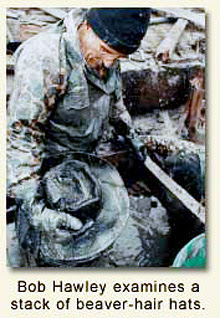 when asked why he and his partners stuck with the dig, even when faced with no financing. As Bob spoke I knew I wanted to hear more about his story, the risks he took and the incredible rewards they're reaping, growing larger each day. (That's a shot of Bob on the left).

As the room cleared out, I introduced myself and Bob and I had a chance to chat for a bit. When the conversation turned to my Kansas City adventures and what brought me to the area, Harland seemed genuinely interested in Eldercation. Of course, I would love for him to participate in an interview, but who knows? Still, it's not like I need to get something else out of of my visit to The Arabia Museum. Another visit with Bob would merely be a cherry on top of the sundae.

So - if you're looking for something interesting to do if you're in the Kansas City area, put this place right smack on top of your list. I'm telling you, you will not be disappointed.

It's the ultimate time-capsule.

And I see why so many people head back for more.