First of all, I understand that unless you're from New York or Boston, the events of the past week probably don't mean all that much to you. Still, while working in the library today, I couldn't help but to write just a bit about the following two things:

1. Last night's game - A few observations. To say it was one of the best Super Bowls would be an understatement ("The Catch" - when it happened, you pretty much knew how the game 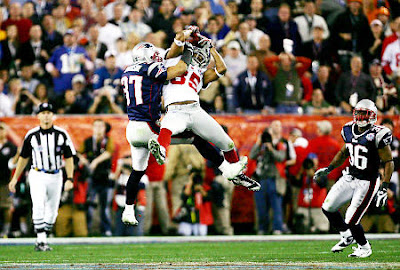 was going to end). And as most NFL fans know, the game usually has a habit of rarely living up to its hype. And even though last evening's 4th quarter ended up being one of the most dramatic quarters of pro football I've ever watched, there was still something strange to me about the way the game unfolded. I'll preface the following comment by saying this right up front: I'm a baseball fan - to the core. And while I enjoy all sports and still like to get out there and toss around a ball, it's still baseball for me. The fact is, as the final seconds of the Super Bowl wind down each year, a quick glance at a calender always brings a smile to my face as three words pop into my head: pitchers and catchers. More on that in a minute. Back to last night.

I don't know if it's just me but, what's the story with the "one play - three commercials" ratio? I

know, I know - the game is just as much about the commercials as it is about ... well ... the game. But I enjoy the game. And as a fan, I found it hard to get into the flow when, every time a play would be run, Fox would quickly cut away to a series of ads. Then they'd come back, run another play and, whoooshhhh - off to another commercial break - and then another and another. At one point I couldn't help but wonder, "If I'm having trouble getting into the flow - and I'm just sitting there watching - how the hell do the pro athletes deal with this herky jerky rhythm? Okay, so I know this is part of Super Bowl lore but, more and more I'm finding it doesn't work for me.

In the end, I was thrilled for the Giants, I really was. I was torn during the game because, being from MA and growing up around the Patriots, I was caught up in their quest for the perfect season. I would have liked to see them get it - I like the team and Belichick a lot. But on the other hand, I love Giants - ever since the Homer Jones, Tucker Fredrickson, Fran The Scram days. And how could you not be rooting for Eli Manning. Talk about an athlete weathering the storm. I can't imagine what it would be like being a legend's younger brother (and Dad, too) and having to put up with the NY sports press the way he's had to deal with it. 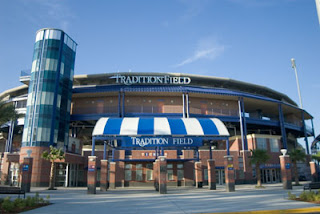 So - congrats to the Jints. And to the Pats? I have a hunch they're going to be right back in there next year - and with even more to prove now.

2. Ahhhh ... Those Three Words - 10 days? It's funny, as soon as December 21 rolls around, just the mere knowledge that the days are getting longer by milliseconds seems to pick me right up and out of the winter doldrums. But now - a mere 10 days before pitchers and catchers? To me, spring is already here. I swear I can smell freshly cut grass and hear bird chirping, mitt popping and bat cracking in my dreams. But this year, just this past week, there is something else to be excited about. Something really big. 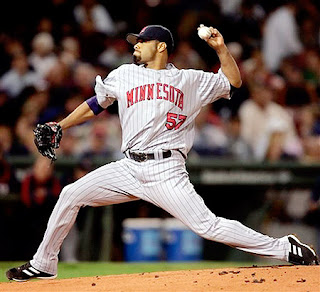 Amazin' Ace - Johan is here. I won't go into it now but, after last years Mets' meltdown, this is the tonic the Mets' faithful needed. What a lift. Sure, when I see the huge amounts of money being thrown around - an average of $22,000,000 each year? For a guy who only works 1.5 days a week? - the whole thing is obscene. I know this. Still, I love the Mets. More than that, I love the game, even with all it's steroid/HGH warts and the ridiculous money flow.

10 days and then it's time to play ball. That beautiful, drawn out 162-game schedule starts to play out and through the spring, dog-days of summer and into the autumn chill. Months and months of morning box score analyses, standings changes and, hopefully, this year - a much needed World Series championship. What a perfect cherry to top off a final year at Shea.

And, worth a mention before I sign off - March Madness isn't exactly what I'd call chopped liver. The combo of college hoops and baseball ... it's the time of the season, for loving.
Posted by H.J. Getzov at 10:53 AM